July 30, 2020 REDWIRE is news you can use from leading suppliers. Powered by FRASERS.


In this two-part article, HARTING Canada discusses the considerable advantages that component carriers have over flexibl... Read more 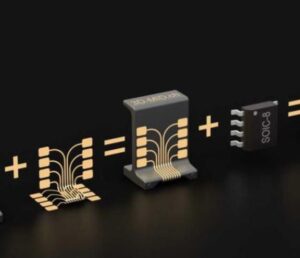 In this two-part article, HARTING Canada discusses the considerable advantages that component carriers have over flexible printed circuit boards (PCBs).

Flexible PCBs are made of thin polyimide films and have been used for many years in a wide array of applications. Populating and assembling them, however, is complex, which has led device manufacturers to demand a better solution. This is where a newly developed component carrier from HARTING enters the picture.

3D-MID technology as an alternative to flexible PCBs

Thanks to the 3D-MID technology, electronic components can be placed directly onto a three-dimensional body without the need for circuit boards or connecting cables. The base body is produced through injection molding, whereby the thermoplastic is provided with a non-conductive, inorganic additive. In order for this material to accommodate electrical circuits, the additives in the plastic are “activated” through laser direct structuring (LDS). In this process, the laser beam writes the areas intended for the conductive tracks and creates a micro-rough structure. The metal particles released in the process form the nucleus for the subsequent chemical metallization.

Coming in Part 2: The advantages of the new 3D-MID component carrier


In this two-part article, HARTING Canada discusses the considerable advantages that component carriers have over flexibl... Read more