What to expect from the energy market in 2020, according to Enel X: Part 3

February 13, 2020 REDWIRE is news you can use from leading suppliers. Powered by FRASERS. 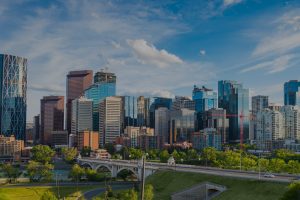 Alberta's UCP government is having an effect on the province's energy industry.

In this three-part article, Enel X North America Inc. offers its insights into Canada’s energy market this year and beyond. This final part deals with the current situation in Alberta, including the CCIR and TIER initiatives. Read Part 1 and Part 2.

Jason Kenney and the right-leaning United Conservative Party (UCP) of Alberta won control of the provincial legislature in May 2019 with a commitment to repeal the provincial carbon tax. Shortly thereafter, on July 24, the Government of Alberta cancelled plans for the forward capacity market that had been in development since 2016 and expected to be in place by 2021. By cancelling plans for the forward capacity market, the Government needed another means to address concerns over grid reliability and price volatility. So, the following day, the UCP Government directed the Alberta Electric System Operator (AESO) to advise by July 31, 2020 whether changes might be needed to the existing energy-only market, considering price floor/ceilings and shortage pricing in particular.

The first piece of legislation introduced by Premier Kenney and the UCP was a repeal of Alberta’s consumer carbon tax. Despite repealing the consumer tax, Kenney and the UCP quietly left Alberta’s Carbon Competitiveness Incentive Regulation (CCIR) intact for 2019, which at least temporarily exempts the province from the federal OBPS program. In 2020, the Government will replace CCIR with the TIER program—a new pricing scheme that maintains the $30/ton price on carbon for heavy emitters, but provides more flexibility in compliance. Unlike the previous CCIR policy, TIER will not evaluate facility emissions against an industry standard. Instead, each facility will measure itself “against its own average emissions intensity from 2013 to 2015. Its target will then be set at ten per cent below that level for 2020.” And by establishing a “high performance target, the new policy aims to avoid punishing facilities that have already made significant carbon-emission reductions. These facilities will be able to select whichever target is less stringent.” While it is estimated that the new TIER framework will save Alberta’s oilsands refineries, natural-gas producers, chemical manufacturers, and fertilizer plants (which account for 55-60 per cent of Alberta’s greenhouse-gas emissions) more than $330 million in avoided compliance cost in 2020, it is not clear whether Ottawa will accept the new framework.

The 2019 year-over-year increase in Alberta’s average off-peak pool prices was roughly $12-14/MWh, likely reflecting the $30/ton carbon tax implemented under CCIR, as roughly 89 per cent of generation in the province comes from either coal or natural gas. It is unlikely that Alberta will see a significant change in costs related to carbon regulation in 2020, but the general decrease in reserves and retirement of large baseload coal will keep forward prices elevated relative to the low levels seen from 2015 to 2017.