The high performance connectivity that HARTING showcased at Hannover Messe

April 21, 2021 REDWIRE is news you can use from leading suppliers. Powered by FRASERS.


The HARTING Technology Group was one of many organizations worldwide that took part in last week’s Hannover Messe. The c... Read more 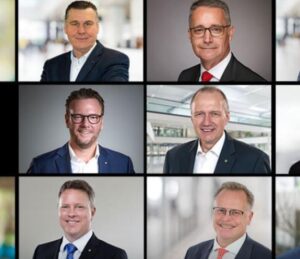 HARTING has introduced Connectivity+ to the public.

The HARTING Technology Group was one of many organizations worldwide that took part in last week’s Hannover Messe. The company presented the high performance connectivity that it is designing for the future, designated as Connectivity+. Under this term, HARTING blends DC voltage supply, electromobility, new industrial ecosystems like Single Pair Ethernet, and other topics. Showcasing numerous technological highlights at the Messe, HARTING presented what it considers to be the powerful connectivity of the future.

Connectivity for a new generation

A specific solution that HARTING offers for energy efficiency is the Han S series of connectors. As part of Connectivity+, this innovation allows users to build energy storage systems based on battery modules. Han S is the first HARTING connector designed specifically for front-mounting energy storage systems. For quicker wall mounting, the Han EMV and HPR series have metal housings that are now available in versions that allow mounting of contact inserts from the rear. This option simplifies interface placement on switch cabinet walls and boosts installation speed, which reduces long-term costs.

Another new example of high performance connectivity: the Han L32 B, which enables replacement of two size 16 B interfaces, saving more than 40 per cent of installation space, so users can transmit power, signals, and information with fewer components and interfaces. Meanwhile, HARTING’s new Han HPR High Performance Transformer Connector has been developed specifically for railway companies for improved power distribution in trains.

HARTING also offers a new connector in the Han-Modular series with which users can boost the energy efficiency of machines and systems in a sustainable way: the Han 300 A module, which allows more capacity with less weight. In addition, the RJ Industrial MultiFeature is a substantially improved version of the RJ45 connector, adapted for Industry 4.0.

One last example of high performance connectivity: the har-modular series of modules, which opens up an entirely new scope of flexibility on PCBs. Devices are becoming more compact, which is challenging for developers who need a proper solution to transmit a lot of information, signals, or power. The har-modular line fills this bill.


The HARTING Technology Group was one of many organizations worldwide that took part in last week’s Hannover Messe. The c... Read more