Norpak Handling has a long history of satisfying conveyor customers

April 6, 2021 REDWIRE is news you can use from leading suppliers. Powered by FRASERS.


After more than three decades in the business, Norpak Handling Limited is a leading Canadian supplier of material-handli... Read more 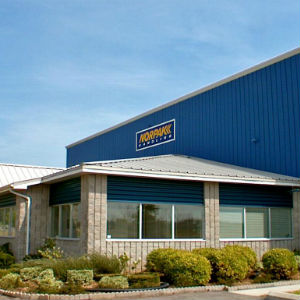 After more than three decades in the business, Norpak Handling Limited is a leading Canadian supplier of material-handling solutions. Its customers have included Canada Post, FedEx, General Motors, PepsiCo Foods, and the Liquor Control Board of Ontario – all of whom appreciate Norpak’s dedicated service, expertise, and high collective experience.

Norpak has built a reputation for quality material-handling equipment and turnkey conveyor-system solutions for manufacturing facilities and warehouses since 1988.

That was the year when conveyor expert Stewart Raynor founded the company, after leaving a major conveyor manufacturer to strike out on his own. With years of experience in the field, he aimed for top conveyor solutions with the new firm. Soon, two fellow material-handling experts, Gavin Linn and Gamey Lycett, left the same company to join the team. Norpak Handling could now boast that it employed more than 100 years of collective conveyor experience.

The young company soon developed into one of the country’s biggest Integrators of conveyor components and systems, with locations across Canada. This expansion was so fast and far-reaching that Norpak Handling was ready to move into a larger facility in Port Hope, Ont. by 1997. This new shop and headquarters more than doubled the company’s total space when it was completed over the next year.

The firm kept on growing in other ways. Norpak acquired the conveyor division of B.C. Conveying Machinery Limited in Vancouver in 2000, which expanded its presence in the western provinces. In the same year, it became an Integration Partner with Hytrol Conveyor Company, which made the American manufacturer’s innovative conveyor solutions available in Canada. Ten years later, Norpak bought McKessock Engineering, boosting its profile to new heights.

Almost 33 years after its founding, Norpak Handling holds on to its reputation for conveyor solutions, in addition to its large plant in Port Hope. The company reaches more customers than ever before, with Integration partners in Montreal, Calgary, Halifax, and Windsor, Ont., plus a sales and service office in Surrey, B.C. Norpak reigns supreme as the top source of conveyor systems and more.


After more than three decades in the business, Norpak Handling Limited is a leading Canadian supplier of material-handli... Read more