May 31, 2021 REDWIRE is news you can use from leading suppliers. Powered by FRASERS. 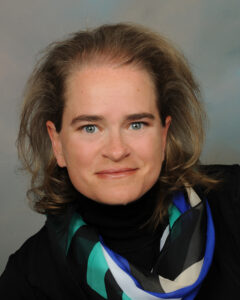 Festo remains a world-leading supplier of automation and technical education, and its North American subsidiary announced last week that it had appointed two company veterans to top leadership positions to enhance its executive team. Kim Harper-Gage, for one, has just been promoted to chief operating officer of Festo North America.

John Holmes, another team member who has contributed to the company’s longtime success in this continent, is now Festo North America’s vice president of sales.

A key role during COVID-19

In her new role, Kim Harper-Gage will be supporting Festo at its distribution and production hub in Mason, OH and its Canadian warehousing and operations. As before, she will also play an instrumental role in the company’s Livermore, CA operations. A valued leader in operational excellence, Harper-Gage has increased the efficiencies at Livermore substantially over the past year and met some important goals. She will continue to focus on strategic development, promoting the benchmarking and sharing of best practices within North America.

Kim Harper-Gage has also served in a key role during the COVID-19 pandemic. She has ensured workplace safety for Festo workers, with very little disruption or inconvenience to clients. The Mason plant has continued its exponential growth in spite of the pandemic. Since 2015, this facility has expanded from one 150,000-square-foot building on a 43-acre campus to three buildings covering 565,000 square feet. Festo is now one of Mason’s 15 largest employers.

For more than 25 years, John Holmes has had a strong track record of sales strategy and growth with Festo. His main role over the last 15 years has been in developing a corporate strategy and operational business plan focusing on strategic growth segments. He has led several teams in identifying focus industries and expanding the company in those markets. Holmes led his team to 15 per cent compounded growth over a decade in his last position as the sales director for the food and packaging sectors.

A strategic thinking with profound industry expertise, Holmes is a proven senior executive who is perfect to lead during this complex and challenging time.