Matritech has kept Canadian manufacturers competitive for over 30 years

September 15, 2020 REDWIRE is news you can use from leading suppliers. Powered by FRASERS. 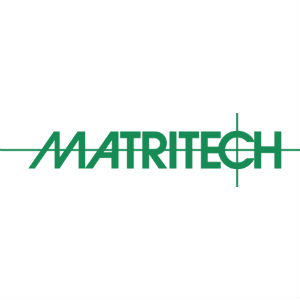 Relatively few businesses stay open for more than three decades with no lull in success. Matritech Inc. is one of these rare entities: it has earned solid staying power by operating as the ideal one-stop shop for machining options and custom metal components. This is how Matritech keeps companies competitive.

Matritech’s modern reputation results from a long history of growth, expansion, and consistent self-improvement, ever since its origins in a humble 3,200-square-foot plant.

In 2020, Matritech’s client base has included high-profile names like Bombardier and CVTech-IBC. But 31 years ago, it was a typical newly launched enterprise, focusing on die design and fabrication. From 1989 to 1992, the company expanded its services in the progressive-die sector, gaining such customers as General Motors and Inglis.

The company soon extended its site and bought a complete press system, a feeder-straightener-decoiler. In 1994, Matritech and its 19 employees moved to a new plant in Drummondville, Que. The firm soon broadened its capabilities by purchasing metal-stamping equipment and wire electric discharge machinery.

Matritech kept on investing in the latest machining innovations – including an automatic press that it bought in 2006 and a new welding robot with an automatic rotating table, combined with pulsed-arc welding technology, which arrived in 2007. Then 2009 saw the installation of a laser, including an integrated automatic loading system with 36 storage drawers. The company received its third welding robot in 2011; two CNC bending presses came the next year, followed by a robotic bending cell in 2014 and a horizontal machining centre with two pallet changers in 2015.

Today, Matritech operates out of an 85,000-square-foot facility with fixed assets of more than $15 million. The company remains the best Canadian option for machining options, custom metal parts, and more.