August 13, 2019 REDWIRE is news you can use from leading suppliers. Powered by FRASERS. 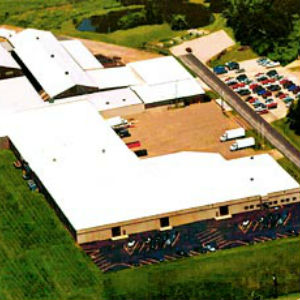 Ken Forging founder Richard A. Kovach went from a paper route to a major forging operation.

What does it take to keep a company successful for half a century? Bold vision, hard work, and perseverance. At Ken Forging, we owe these qualities to our founder and president, Richard A. Kovach. Thanks to Rich Kovach, our enterprise has grown from a 20-by-20-foot garage into a leading manufacturer of industrial hardware.

His business expertise did not start with the founding of Ken Forging. Long before he dedicated his life to industrial manufacturing, he started with a newspaper route.

Planting the seeds of success

Rich was not quite six years old when he began helping his older sister deliver papers to 25 neighbourhood families. Two years later, he took over the route, waking up early to deliver papers before school every morning. By his 16th birthday, his customer base grew to 125. The most important lesson that this job taught Rich was how to manage money. At first, his earnings went to his struggling parents; in a few years, he began saving money for himself. He finally gave up the route when he had enough money to buy a car.

But Rich retained his strong work ethic, and he kept seeking part-time jobs while still in school. He worked at a local gas station when he was not studying or playing sports, and during the summers, he worked in construction and railroad jobs.

Rich never forgot the day when a local supermarket owner brought his Cadillac into the service station. After Rich worked on the car, the customer told him: “Rich, the only way to get anywhere is to own your own business.” That was the moment when Rich knew exactly what he wanted to do with his life.

After he served in the military, Rich worked as an apprentice at a local forging company, Champion Forge, in Cleveland. In 1970, his experience in forging tools inspired him to found the business that would later evolve into Ken Forging as we know it today.