For three-quarters of a century, HARTING has created the future

March 23, 2020 REDWIRE is news you can use from leading suppliers. Powered by FRASERS.

The HARTING Technology Group is celebrating its 75th anniversary this year. That is three-quarters of a century of servi... Read more 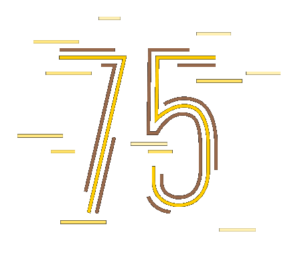 HARTING is observing its 75th anniversary in 2020.

The HARTING Technology Group is celebrating its 75th anniversary this year. That is three-quarters of a century of serving as a global leader in workplace connectivity. HARTING’s reliable, durable connector solutions have become the standard in mechanical and plant engineering, broadcasting, automation, electronics, and power generation. And Canadian businesses have benefited directly from these products for nine years through HARTING Canada. The company’s ongoing success has resulted from constant growth and evolution.

To tell its 75-year story to customers in detail, HARTING has recently added an interactive timeline on its international website, accessible in English and German. Site visitors can click on images corresponding on specific years to learn about important HARTING events.

The HARTING story stretches from its founding inside a small repair shop in Minden, Germany to its transformation into an international force in workplace connectivity. In September 1945, married entrepreneurs Wilhelm and Marie Harting opened a new business called Wilhelm Harting Mechanical Workshops – which operated out of a 100-square-metre hall in a repair shop. Here, the Hartings manufactured energy-saving bulbs, hotplates, electric fencing equipment, waffle irons, electric lighters, and other common devices.

Soon, the steady increase in the amount and size of their orders forced the Hartings to expand their company. Wilhelm Harting realized that there was a demand in German industry for a versatile, robust, and easy-to-use connector. This led to the development of the Han connector, which soon became the global standard in workplace connectivity.

In time, the company expanded internationally. HARTING eventually encompassed 13 production sites and 43 sales companies all over the world, all pursuing new solutions for data, signals, and power. HARTING Canada opened in Montreal in 2011, and five years later, HARTING opened a new sales and manufacturing facility in Mexico.

Now that the company has reached the 75-year milestone, HARTING is planning a ceremony in Minden and an open-house day for its workers in September.

For a visual representation of HARTING’s colourful history, check out the video below:

The HARTING Technology Group is celebrating its 75th anniversary this year. That is three-quarters of a century of servi... Read more