April 21, 2021 REDWIRE is news you can use from leading suppliers. Powered by FRASERS. 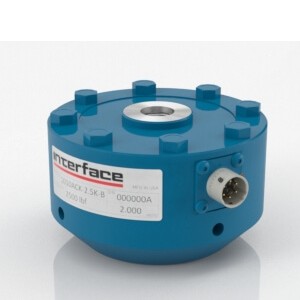 Interface Force Measurement makes its selection of industrial solutions available in Canada via Durham Instruments, including load cells. The Model 1000 series of fatigue rated load cells, for instance, offers 300 per cent safe overload, extremely low moment sensitivity of 0.1 per cent per inch, and higher fatigue life. Every load cell in this series offers up to 100 million fully rendered cycles, with many configurations and variants.

Certified according to manufacturer’s standards

These fatigue rated load cells are a boon to applications in a broad variety of industries. Durham Instruments deems them suitable for use in general manufacturing, aerospace, automation, food processing, forestry, the medical field, the military, mining, packaging, power generation, alternative energy, transportation, and research and development.

The gauge sensors in these load cells are inspected and tested by the Interface team and certified to meet the manufacturer’s strict standards. Each unit can measure a broad range of weights, from one to 1,000,000 pounds. Among the other key features of the Model 1000 series:

Interface can also provide options for second-bridge, third-bridge, and overload protection. The base is highly recommended, and other options include connector protection, standardized output, a transducer electronic sheet, custom calibration, multiple bridges, special threads, a dual diaphragm, a special temperature range, various cable lengths, and a connector added to the cable.

The connector options include an integral cable of three metres, a PT02E-10-6P bayonet connector, or a PC04E-10-6P screw-type connector. In addition, there are also various accessories, such as a mating connector, mating cable, loading hardware, and other instruments.

This series of fatigue rated load cells is not the only load-cell line available from Interface. Models 1010, 1020, and 1032 are alternate series of low-profile, fatigue-rated cells, and other popular units include the 1600 Gold Standard and the WTS 1200 model.